Tyler Bramlett - Warrior Upper Body $29.90
Back to products
Next product

[Audio Only] EP00 Keynote 02 – The Social Psychology of Self-Persuasion – Elliot Aronson, Ph.D. is a digital online course with the following format files such as: .mp4 (.avi or .ts), .mp3, .pdf and .doc .csv… etc. You can access this course wherever and whenever you want as long as you have fast internet connection OR you can save one copy on your personal computer/laptop as well.

During the past several years, we have developed strategies for inducing people to persuade themselves to change dysfunctional attitudes and behavior. Compared with more traditional, direct techniques of persuasion like advertising, self-persuasion produces more powerful, more permanent effects. Specific reference will be made to our research on reducing racial prejudice in schools and risky sexual behavior in young adults. 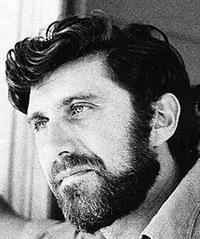 ELLIOT ARONSON, Ph.D., is Professor Emeritus, University of California, Santa Cruz. He is recipient of the APA’s Distinguished Teaching Award, Distinguished Research Contributions Award and National Media Award. Dr. Aronson is the only person in the history of the American Psychological Association to have received all three awards.  He has published over 120 research articles and 17 books.

Elliot Aronson’s primary research is in the area of social influence. Throughout his career he has sought to do experiments that would integrate his passion about basic science with his desire to apply those research findings toward improving the human condition (e.g., to reduce prejudice, deter bullying, and convince people to conserve energy and other natural resources).

Elliot Aronson’s classic introductory textbook, The Social Animal, first published in 1972, is now out in its 12th edition (2018), in collaboration with Elliot’s son, NYU professor Joshua Aronson. Elliot is the only psychologist to have won APA’s highest awards in all three major academic categories: For distinguished writing (1973), for distinguished teaching (1980), and for distinguished research (1999). In 2002, he was listed among the 100 most eminent psychologists of the 20th Century (APA Monitor, July/August, 2002). In 2007, he received the William James Award for Distinguished Research from the Association for Psychological Science.

James Krieger- What makes you fat?

Kasia Wezowski – Interpretations of the most used Body Language positions